Tuesday around here was even less exciting than Monday. I had a very early appointment for lab work, meaning I had to have blood drawn on an empty stomach and had a headache for half the day as a result. Adam had a field trip to the Supreme Court and the Capitol, where he saw more protesters than lawmakers but came home 1) entertained and 2) disgusted (I'm not sure which made him roll his eyes more, the paintings of aborted fetuses or the anti-circumcision people who seem to believe that Obamacare will somehow make the practice of circumcision worse).

Despite the early start, I did not get nearly as much done as I did on Monday, not even the laundry folded. I had to pick Adam up from the Metro after the trip downtown and the group was half an hour late; then I had to take him to tennis, which was fine because it was a gorgeous cool day for a walk in the park. I enjoyed Ringer this week despite all the fantasy sequences but I did not enjoy anything about the Maryland women's trouncing by Notre Dame -- I will be rooting wholeheartedly for UConn against them. Here are some photos from the Tulip Library downtown near the Tidal Basin and the cherry blossoms: 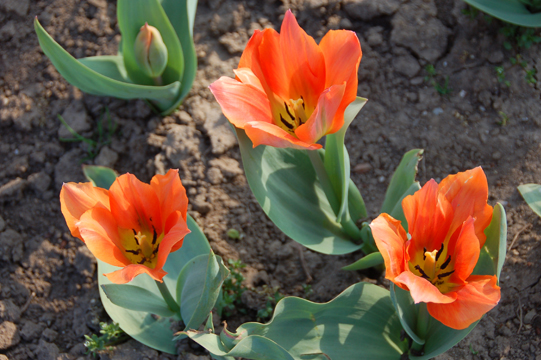