I had a quiet Thursday doing work and enjoying yet another day of ridiculously clear not-too-warm weather. Nothing terribly exciting happened (apart from the failure of the North Korean rocket, about which Paul said helpfully that he guessed Kim Il-Sung just couldn't get it up). Adam stayed late for tech again and we both took walks at the same time, though he had a dog and I did not.

Evening TV included the History Channel specials on the Titanic's sister ships and potentially fatal design flaws, then Awake which was particularly awful this week -- not awful as in badly done, just really hard to watch because the cases were so horrible (this is why I do not watch forensic shows). Here are some more photos from Medieval Times last week, including a close-up of the bottom of the plate which I guess Marco Polo personally brought back: 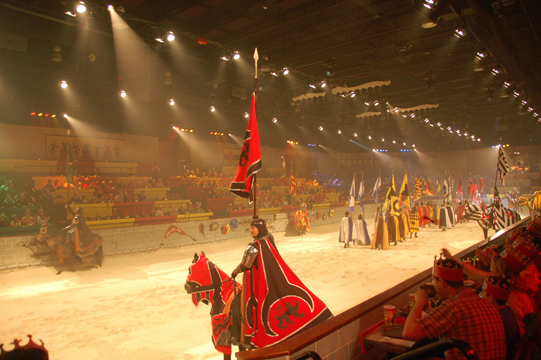