My family spent the morning at Aunt Shirley's funeral, which was lovely but sad -- Stephanie and Debbie had arranged for everyone to participate in the readings and there were flowers and birds all around. Then we went to Jane and Bob's house for lunch and to share more memories of Aunt Shirley. Nicole had gone back to New York with her young daughters but Uncle Mickey was still in town along with several cousins who had traveled for the memorial service.

In the afternoon we drove Daniel back to the University of Maryland after watching a couple of episodes of Deep Space Nine and having an early pizza dinner (apparently there is no really good pizza in College Park). Then we watched this week's Harry's Law and Upstairs Downstairs (in which Edward VIII abdicated and the servants declared their approval of George VI). Here are some sheep from the Maryland Sheep and Wool Festival: 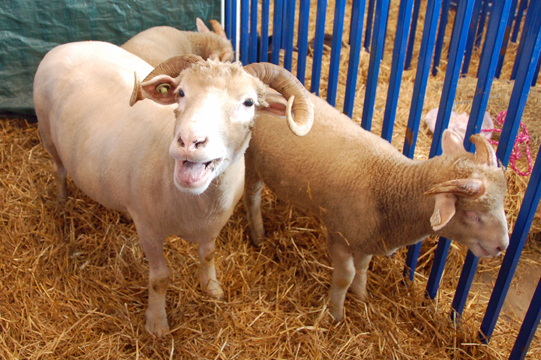