I had another day mostly at home working and getting stuff done in the house. I decided it was finally time to file my kids' report cards and concert programs and honor roll certificates and AP score notifications -- I keep all these things in binders, not entirely trusting my kids to be able to find important documents on short notice should they be needed, and knowing they will lose all those third place and honorable mention certificates that they might want someday -- anyway, it took two hours to sort and file everything.

Yes, it's several years later than it should have been, and yes, I wish he'd said it before the North Carolina vote instead of afterward -- not that it would have made a difference -- but President Obama made me and many other people happy today declaring unequivocally his support for same sex marriage. I doubt it will make much difference in November either way -- I can't imagine any gay rights activist voting for Romney out of anger at Obama for taking too long, and I doubt any passionate anti-gay bigots were supporting Obama in the first place.

We watched this week's The Borgias, which was much, much too bloody for my taste -- not even hot Medici women nor gay sex in a graveyard could make up for that, even if one of the people who died really deserved what he got -- and two episodes of Wild Australia, which is my proof that either intelligent design is ridiculous or God had developed an insane sense of humor by the time he got around to antipodean marsupials. Here are some flowers from Lewis Ginter Botanic Garden in Richmond: 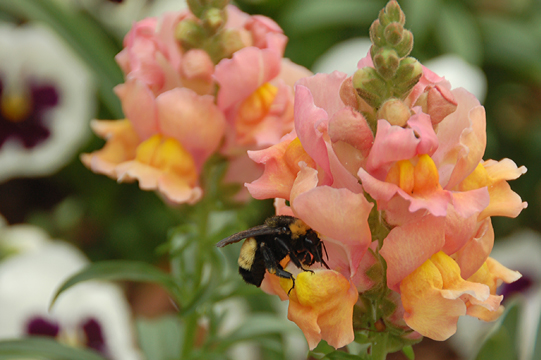