I did a bunch of running around on Thursday and only got two out of three laundries folded, but son said his could wait, anyway. I had to return something at Target and pick up laundry detergent, I had to get a couple of other things on Rockville Pike. I stopped at my parents' house because I had asked my mother to dig out a children's book that I had thought of while discussing Maurice Sendak the other day (Miss Jaster's Garden by N.M. Bodecker) and we ended up looking at old photos that had belonged to Aunt Shirley, whose birthday would have been Friday. I inherited a gorgeous Native American eagle pin that we were guessing was probably bought at the Thunderbird Shop in Rehoboth Beach, where we used to stay with Shirley and Paul when I was little, so it's a wonderful souvenir.

Adam spent most of the evening practicing for the US government A.P. exam next week, though we all had ravioli together and discussed political idiocy. I had a great walk in the neighborhood and saw three deer, two bunnies, several chipmunks and one turkey vulture that flew off when it saw me. Evening TV involved a mediocre DS9 episode and a fantastic episode of Awake, which Zap2It says is definitely going to be canceled along with Harry's Law, which makes me very sad -- the former as much as the latter, I think, even though I don't like the procedural aspects much. Here is some more scenery from Lewis Ginter Botanic Garden in Richmond: 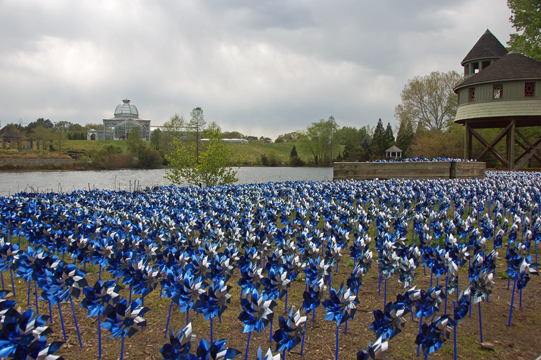