Quickie because I just stayed up too late talking about The Avengers with Adam, who planned to see it with his two best friends after dinner out, then ran into a bunch of other friends who worked on tech with him and they all went to the movie together. (They debated who is hotter, Loki or Thor, hahaha.) Earlier I had a nice, quiet Saturday morning, not doing a lot besides folding laundry, because son graciously shared his cold with me; he was studying for his AP exam, so we saw little of him till after lunch.

In the mid-afternoon, we went to Great Falls, where we walked along the towpath toward Swain's Lock instead of climbing on the rocks. We saw four families of geese with goslings, the canal boat mules, herons, cormorants, and lots of other birds, insects, and some turtles. There was a Civil War camp set up by reenactors outside the Great Falls Tavern and we talked to some of them about medicine and goods carried by Union soldiers. 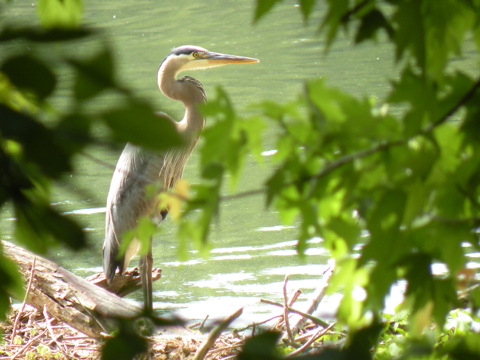 In the evening while Adam was at the movie, we watched a recording of the David Tennant-Catherine Tate Much Ado About Nothing. It was fantastic -- hilarious, wonderfully acted, perfectly paced, and really well filmed considering that the action takes place on a revolving stage where it's impossible to see all the actors all of the time depending on one's perspective in the audience. We had thought about going to see The Taming of the Shrew at Olney, but I wasn't feeling great and we'd have had to leave hours early to get tickets, so I am just as glad we stayed in!