We had a pretty quiet morning waiting for Adam to get home -- he'd slept over a friend's house, I actually did some work before lunch -- then we took him for his first day interning in the Photoworks section of Glen Echo Park's arts program. Since it was a gorgeous day, we took Daniel and left early to pick Adam up in the afternoon, walked around the wooded paths, and went to see the photos, glassworks, pottery, painting, and various other arts on display in the park. 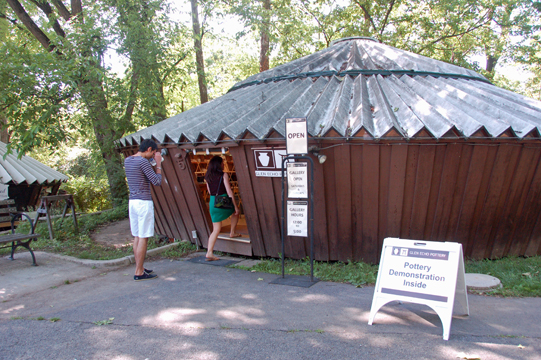 Then we went up Macarthur Boulevard to Great Falls, where we saw the growing goslings, plus a pair of skinks, several herons, and many cormorants. We came home and had fake chicken and stuffing, then Adam went out for a run and the rest of us watched the first few episodes of Deep Space Nine's seventh season, which really does not have a bad episode.
Collapse