My Monday was a movie day! Adam had county assessment exams and Daniel went out to lunch with my father, so

dementordelta and I went out to pick up savory and dessert crepes and came home to watch The Madness of King George, which I have not watched in many years -- so long that I hadn't realized Ian Holm played Dr. Willis and I didn't know who Jim Carter was. Helen Mirren, Nigel Hawthorne and the Ruperts were as good as I had remembered.

In the afternoon after Daniel returned and Paul finished work, we went to see The Avengers. I had to whisper questions to Delta about things I didn't know because I didn't see Iron Man 2 or Captain America (though I'd like to see the latter now, because he's adorable), but I enjoyed the movie more than I expected given my general apathy toward comic-based movies and I really liked Scarlett Johansson, who can be hit-or-miss for me. (No one's ever going to make me fall for Tony Stark.)

We owed Adam's friend Daniel pizza because we told him we'd get him dinner if he helped us move Daniel out of College Park, so we had him over for dinner, then he asked if we could watch The Fellowship of the Ring because he'd never seen it. We only made it about halfway through since it's a school night but I haven't seen that in a long time either and it's always a delight to revisit. Here are some amusement park ruin photos from Glen Echo on Saturday: 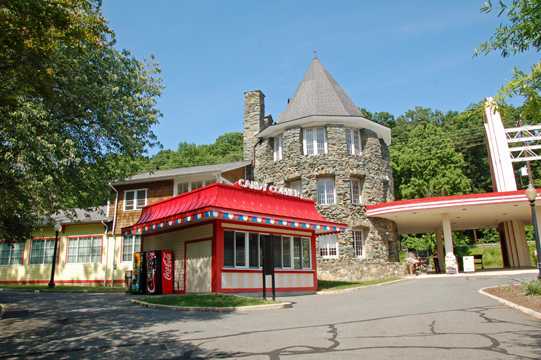