Daniel and I both had dentist appointments on Wednesday -- him for his twice-yearly checkup, me to have a crown put on a chipped tooth. Afterwards we went to Lebanese Taverna for lunch and stopped in a couple of stores in Congressional to buy necessities. Somehow in discussing religion on Reddit we wound up discussing Q on Star Trek, so we came home and watched the Q episodes of Voyager which were the only ones son had never seen.

We had a huge thunderstorm late in the afternoon, which made the chipmunks all race around unhappily, though Adam insisted on biking to tennis in the rain. After dinner we discovered that Alien was on cable and since neither son had ever seen it, we watched it, reconfirming my belief that I do not want to see Prometheus on the big screen -- I don't like haunted house stories whether they're in cabins in the woods or aboard spaceships! Here are animals at Homestead Farm last weekend: 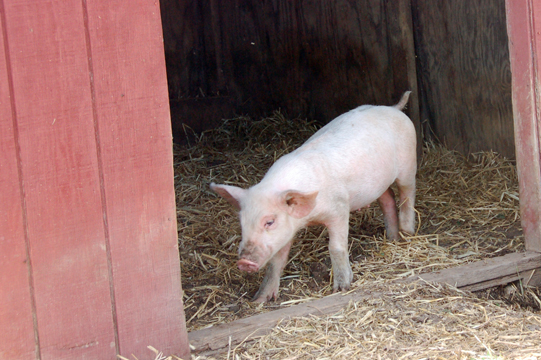