I am watching the end of The Fellowship of the Ring with my kids and Adam's friend who had never seen it before when we started the other day, so I will be brief. This Geek Pride Day morning I wrote a review of Deep Space Nine's "Armageddon Game" while Daniel slept late. It wasn't outrageously hot but it was very sticky, so I didn't take a very long walk, though I now have a theory that rain and humidity causes spontaneous generation of chipmunks because we suddenly have dozens in the neighborhood when we just had a few a couple of weeks ago. The weather also apparently causes ants to break into my kitchen to steal cat food, which makes me much less pleased.

We had dinner with my parents -- my mother made seafood au gratin for the non-vegetarians and made Quorn au gratin for me and Adam, which was awesome. Then we came home and Adam's friend called to ask whether we could watch some more Lord of the Rings, so we finished the first extended edition, which looks fantastic on Blu-Ray (though WB's digital copy download system is crap -- none of the download codes worked at first and then I was told I couldn't play the movies because I'd exceeded my viewing rights even though I'd never watched them). Here are some photos from Glen Echo last weekend, including the standing stones: 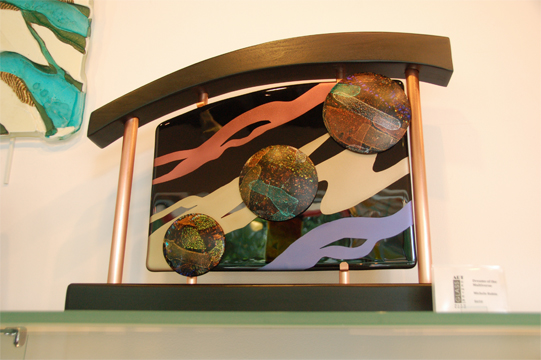