My Wednesday was much like my Tuesday, taking my kids places around work and other errands. Daniel had lunch with my father, leaving just after Adam got home from his Chinese final exam. Daniel Wigle and Maddy arrived a while later and after I had lunch, I drove them to Maddy's house while I went to AC Moore and Michaels, mostly for gifts, then I made a couple of other stops and picked Adam up on my way home so he could go to tennis. My walk was disturbed by a very strange rainstorm -- the sun never stopped shining and there was a rainbow at several times, but it poured for nearly an hour and I got completely drenched. 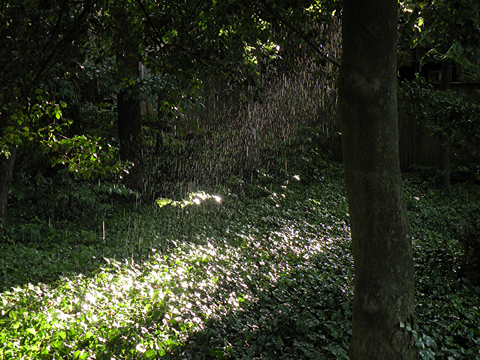 After dinner -- veggie creole food, which is awesome, now that I realize it's okra and not pork that gives gumbo and jambalaya their flavor -- we watched the nearly four-hour 25th anniversary Les Misérables In Concert, which we'd seen before but it was worth a second viewing (and I am still totally psyched for the Hugh Jackman/Russell Crowe/Anne Hathaway movie, because Helena Bonham Carter as Mme Thenardier is a stroke of genius and I hear Colm Wilkinson is playing the bishop and Frances Ruffelle is playing the prostitute who comforts Fantine).
Collapse