The weather on Saturday was gorgeous. We hung out at home in the morning, had lunch together, and planned to drive to the Air & Space Center's Udvar-Hazy Center for Become a Pilot Day after dropping Adam off at Glen Echo, but he forgot the key to the photo office so we had to rush back home to pick that up, and by the time we got him to the park, it was too late to see the Amelia Earhart reenactor. So instead we parked a few miles down from Glen Echo and walked along the C&O Canal towpath for a couple of miles. We passed my friend Linda's father, who was biking along the towpath, and saw many animals, including several kinds of turtles, a couple of herons, ducks, a skink, a snake, many dragonflies, and tadpoles (we heard frogs but didn't see them): 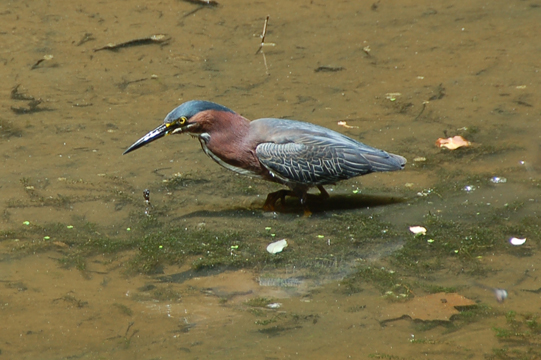 We had Irish stew and soda bread for dinner for Bloomsday, then Adam went out for a run. When he got back, we all watched Crimes and Misdemeanors, which we had discovered the kids had never seen. (I figured it was appropriate for the day because Woody Allen's character plagiarizes a love letter from James Joyce.) It is still an absolute masterpiece, light years better than anything Allen has made since (how people compare the inferior-in-every-way Match Point to this, I will never understand), both cinematically and in terms of the cleverness of the script and soundtrack -- I miss teaching this movie to college students.
Collapse