Sunday's weather was as beautiful as Saturday's, and after a quiet morning while younger son played tennis with my father, we picked up both parents and went downtown to the Freer and Sackler Galleries and the Ripley Center to see Hokusai's screens and Thirty-six Views of Mount Fuji, the Peacock Room, Winged Spirits: Birds in Chinese Painting, and -- for something completely different -- The Patents and Trademarks of Steve Jobs: Art and Technology that Changed the World. (I wasn't terribly impressed with the latter but it definitely shows that you should be a possessive control freak if you want to be insanely wealthy.) We had the Peacock Room all to ourselves with a security guard who knew a lot about the porcelain; the Mount Fuji prints were magnificent but the exhibit was mobbed since it was the last day. 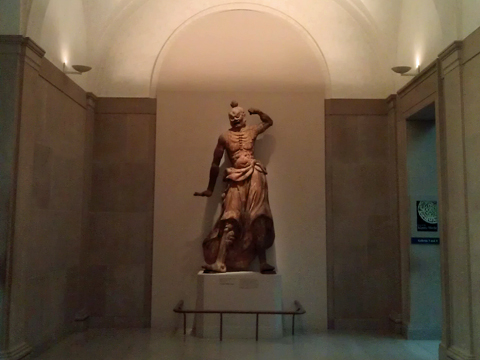 We came home for a little while so that younger son could walk the neighbor's dogs, then went to my parents' for a barbecue at which my mother made veggie and beef hot dogs and burgers (Paul had made pecan pie, which was what he wanted for Father's Day and he makes it better than any we can buy around here). After we came home, we talked to my in-laws and tried to reach Paul's middle brother since it's his birthday, then watched a couple of episodes of Relic Hunter, which older son is enjoying as much as I am. I am reading Rupert Everett's autobiography as my Mindless In the Car Book and I have to admit that I am howling aloud through most of it, though everyone who's discussed in it says he made a lot of it up!
Collapse