I got up very early Tuesday to take Adam to get his wisdom teeth removed before they could become impacted and wreck thousands of dollars in orthodontic work. Adam was quite calm, had an uneventful extraction, and came out of the surgery absolutely stoned on laughing gas -- for fifteen minutes I was the biggest comedian in the history of the world, everything I did and said was hilarious. When he could walk, we came home and he was quite sleepy for a while before his friend came over and they played video games; meanwhile, my father took Daniel out to lunch and to play miniature golf.

Adam has been dozing on the couch most of the evening, since he has to rest as vertically as possible -- we all had soup for dinner since he can't have anything chewable -- so since the lights were out in the living room, I spent a quiet evening in the dining room rearranging Pinterest boards and looking up missing attributions on pins from my first weeks on the site. Here are some more photos of the tall ships at Baltimore's Star-Spangled Sailabration from last weekend, now that most of them have moved on to other ports: 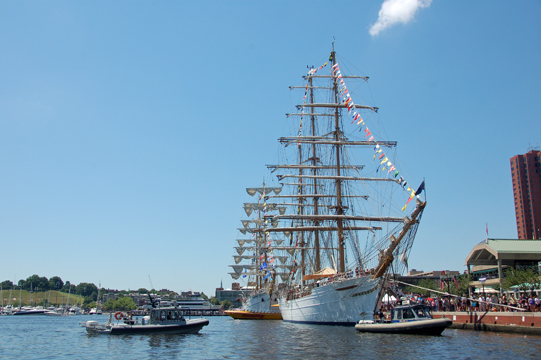