I stayed home Wednesday with Adam, who is still recuperating from having his wisdom teeth removed, though he felt much better this morning and spent much of the day visiting with his best friend and his girlfriend, both of whom came over. While they and Daniel were playing video games, I folded laundry and watched what is surely the worst revisionist history film of the modern era, Roland Emmerich's Anonymous, which has the single virtue of being so terrible that even if you went in believing that the Earl of Oxford might have written Shakespeare's plays, you would probably walk out believing that Oxfordians are so ludicrous that it makes more sense just to accept that the Stratfordians might be right after all. ( Collapse )

I saw the mother deer with two baby fawns again while I was walking in the woods, and the baby bunny on our neighbor's lawn, but it was too hot even for most of the chipmunks. Adam's friend stayed for dinner, then we watched this week's Dallas, which is continuing to amuse me, and the new Futurama, which had us laughing during the sex ed episode but we were completely distracted during the end of the world episode because Paul's parents called to tell us that his Aunt Sandra, who was recently diagnosed with a brain tumor and had just begun treatment, died unexpectedly earlier in the day. I only met her twice, but she was not very old -- early 60s -- so this is upsetting for everyone in the family.

Here are some more photos from the C&O Canal towpath last weekend: 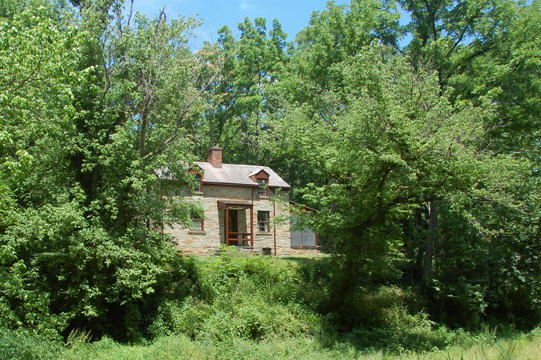