Somehow I have acquired a summer cold, even though none of my kids or their friends are sick and I can't figure out who I've been around who's been sneezing. Sigh. So I did not have a very eventful Monday, though the weather was magnificent -- it stayed in the low 80s -- and the neighborhood bunnies were all out munching grass with their noses twitching in the afternoon.

Adam went running for the first time since he had his wisdom teeth removed and felt out of shape, then he biked to a friend's house and went to his summer art class in the evening. Daniel reached some level in some video game that he was excited about and watched some more Relic Hunter with us after dinner. Here are some photos from along the C&O Canal: 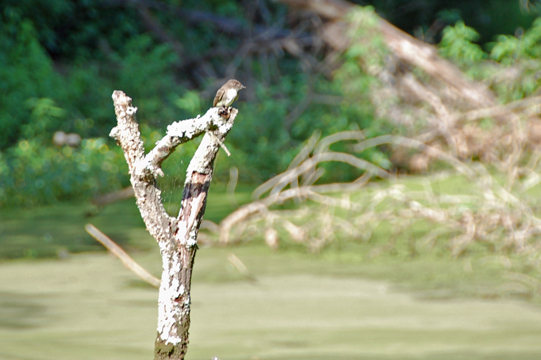