Have I mentioned that I love having power? Particularly now, since the temperature on Thursday was 98 degrees and that's expected to be the coolest of the next three? I did not do much that was exciting, given that the heat has made me lethargic and this freakin' poison ivy is taking forever to clear up. Adam's friend Daniel and girlfriend Maddy came over after lunch -- she is taking the required health class that my son took last summer, and had a long day of school to make up for summer "snow days" from the power outage -- and since I had my jewelry tools out so Adam could use them to take apart and clean an old camera, I fixed some earrings with bad wires.

I was going to take the kids out for frozen yogurt in the afternoon, but everyone had things to get done and by the time we were all ready to go, Maddy had to go home (she FINALLY got power back today, as did my parents), so we ended up not leaving the neighborhood except Adam who went to the pool. I needed to watch a DS9 episode to review -- am behind on all work, though the laundry is finally done -- then we watched some Relic Hunter, which this time featured Hawaiian and Romany stereotypes but redeemed itself somewhat with a guy who kept calling Sydney "Xena" and "Scully" while she called him and his sidekick "Stan and Cartman." Here are a few more Sailabration pics that I meant to post before the blackout: 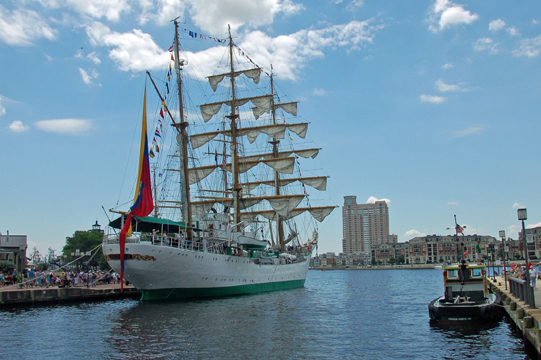