We are back to having heat advisories in the afternoons so I tried to avoid being outdoors most of Tuesday. Adam has a new bike that Paul got as a reward from his job, but it arrived in need of assembly, and having read the list of tools we would need to connect the chains, we decided to take it to a bike repair place. So after lunch we drove up there, then went to Dairy Queen to recover from being out in the heat.

Other than a stop at the food store and a neighborhood bunny hiding in the shade, that was all the excitement around here. Adam went out to dinner with his girlfriend, then out to take photos with a friend in the neighborhood; Daniel watched Sharpe's Honour with us, then Stewart and Colbert. A few more photos from the National Museum of Crime and Punishment: 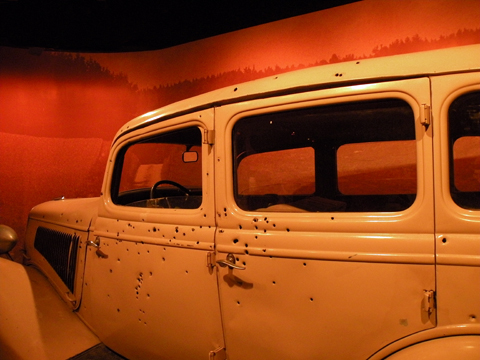