It rained all day on Saturday. I am not complaining, since our area needed the rain, but it made it difficult to go hiking anywhere or even to walk around Glen Echo while dropping off or picking up Adam. Instead, on the way home in the afternoon after I spent a quiet morning cropping photos, we stopped at the Bethesda Co-op for granola and stuff, and I picked up a fabulous Freecycler's photo books and Harry Potter nesting dolls. Plus I made a couple of pairs of earrings from beads I got for less than a dollar at Tuesday Morning and read a bit (current book is a historical novel about Saxon England which got better reviews than it deserves, at least at the halfway point).

Then we watched In Time because it was on HBO and therefore free. It was a vastly more enjoyable film than I was expecting -- not a great film, it borrows too many dystopian film conventions which make it very predictable, and like so many dystopian films, it doesn't bother to explain how science and technology developed into this terrible state -- think Logan's Run crossed with Equilibrium. Plus J.T. and Amanda Seyfried are both a little over the top. But the time-as-money metaphor and the Les Miserables parallels, particularly Cillian Murphy's turn as Javert, work quite well and given the current political climate it all seems quite relevant. Also there is something fun about a movie cast entirely with young, gorgeous people who know their glorious youth is completely phony.

Here are some photos of the Bruce Munro light installations at Longwood Gardens so you can compare how they look in daylight and lit up in the dark: 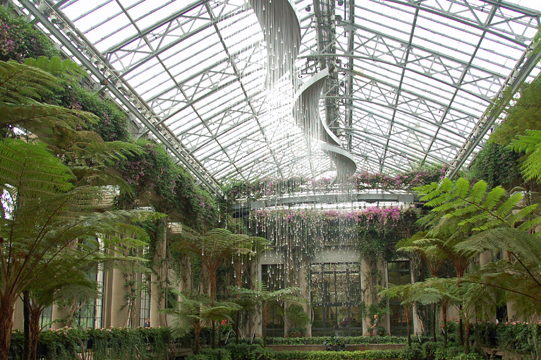