We had a nice Friday -- Paul worked from home, so I had most of the family around for most of the day. Adam went running and biking, Daniel told us all about Google Fiber, I wrote a review of Deep Space Nine's "Crossover", always great fun to watch (the only thing hotter than Kira/Kira being Kira/Sisko).

We had an early dinner with my parents, then went with them to the Phoneography exhibit at Photoworks in Glen Echo Park. Adam had two photos in the exhibition and they had a reception with judge Andrea Dylewski and other staffers at Photoworks (plus chocolate, yay). 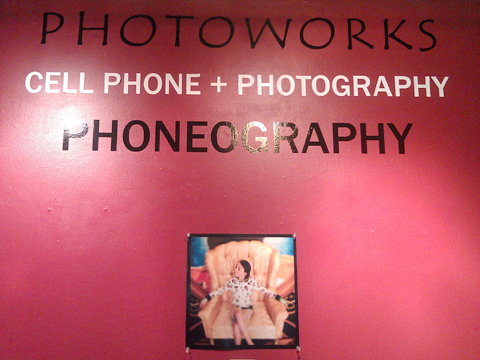 Then we came home to watch the Olympics opening ceremonies, which had many highlights -- Kenneth Branagh reading Shakespeare, J.K. Rowling reading J.M. Barrie, ROWAN ATKINSON FOR THE WIN, the Queen making a James Bond film. And I loved the celebration of the NHS with all the children and feting of the working class. Have they kicked Mitt Romney out yet?
Collapse