I don't have a lot to report on this Friday which was pretty quiet and domestic, involving laundry and sorting clothes to donate to charity. I spent most of the morning working on a review of Deep Space Nine's "The Collaborator", had lunch with Adam when he got back from biking and running -- Daniel was busy with the new Skyrim game until later -- and took a walk on this rather hot afternoon.

Adam's girlfriend is going to take care of our house and cats while we're at the beach; she came over so we could show her where everything is, then she and Adam went to California Pizza Kitchen for dinner while the rest of us went to my parents'. Evening has involved watching Olympics, mostly swimming and trampoline which looks like the most fun sport ever. A few more Hillwood photos: 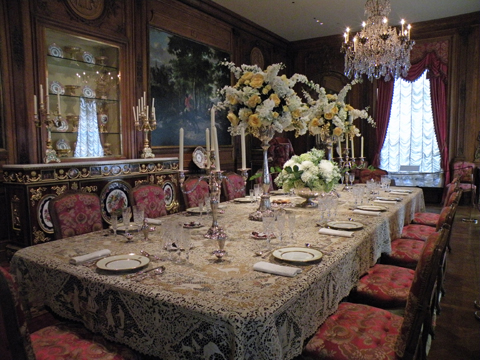