We had planned to go to Baltimore on Sunday to the Maryland Science Center's Backyard Science Days, where the bat guy was visiting and there's an IMAX about beavers, but Daniel -- whose ear has been bothering him a bit since we were at the beach -- woke up with a serious earache, so we spent much of the late morning/early afternoon going first to CVS's Minute Clinic, which had a two-hour wait, then to a local medical clinic which has doctors as well as nurses and where it only took 45 minutes to see one. So we got him a prescription for ear drops for his swimmer's ear, then went to Great Falls to walk in the lovely, relatively cool August weather that stayed below 90. 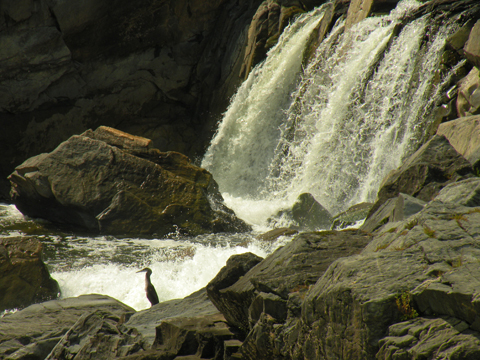 Adam spent a lot of the day exercising -- playing tennis with my dad, biking to see his girlfriend -- so I really didn't see him till dinnertime. We watched the end of the Olympic basketball gold medal game, then the closing ceremonies, which were pretty magnificent until &#%@$ NBC postponed The Who until midnight so they could show their stupid new comedy. I'm not sure whether Timothy Spall reprising his role as Churchill from The King's Speech, Russell Brand's version of Willy Wonka, or Prince Harry singing along to "Always Look On the Bright Side of Life" while Morris Dancers performed was my favorite moment -- also, John Lennon singing "Imagine" will never not choke me up. I couldn't care about the Spice Girls but I enjoyed the whole thing!
Collapse