Daniel went out to lunch with my father, so I spent most of the afternoon with Adam for a change after he got back from cross country practice (tryouts are Thursday, and while he's not worried about making the team, he wants his time to be good). We had lunch and went driving, which he has only done once before, in a parking lot, but we drove around the neighborhood to the high school and back for an hour and he did fine. Then we came home and he started sorting his stuffed animals to give many away because he wants to redecorate his bedroom -- for a while there was an avalanche of animals on my bed and it was kind of sad in a nostalgic way!

I went for a walk during the half hour when it looked like it was going to rain hard, though we ended up only getting drizzle. The local animals must have been expecting a storm, though, because they were all over the place -- three bunnies, lots of chipmunks and squirrels and birds, six deer that went walking at their own pace across the street while cars waited for them. I had found the original Total Recall on Blu-Ray in Target yesterday for $5, which is about the same cost as renting it, so I bought it and we watched it tonight; it was bloodier than I remembered and Inception clearly owes it a debt, as does Stargate. Here are some photos from Currituck Heritage Park: 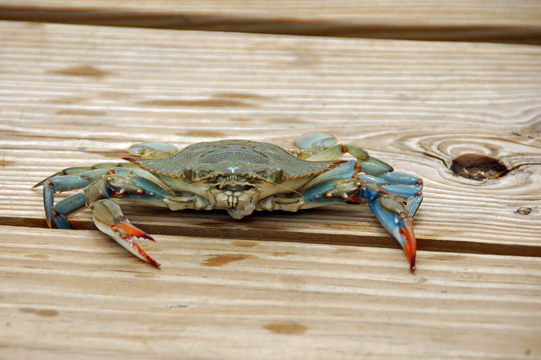