It was the first day of school for Adam (Daniel doesn't actually start classes till Wednesday). I was awoken early not only by son but by Cinnamon, who was distressed at all the furniture rearranging and people disappearing, so I am unfocused, and an overseas friend lost her mother, who was in her 90s and not well but still strong in memory and opinion and who had seen most of the last century, so I am sad. I don't have a lot to report for myself besides seeing my mom, local animals and boring chores.

Adam got home late after cross country, reasonably happy with his classes though annoyed by the county-required Foundations of Technology class which is reported to be horribly dull, and concerned about how much work Chinese will be this year (he's also taking AP World History and AP photo/studio art classes which are of course his favorites). He brought us lots of paperwork to sign. We watched this week's Warehouse 13, not my favorite story though I love the guest star. Here are a few more county fair animal photos; people in the Gulf, stay safe! 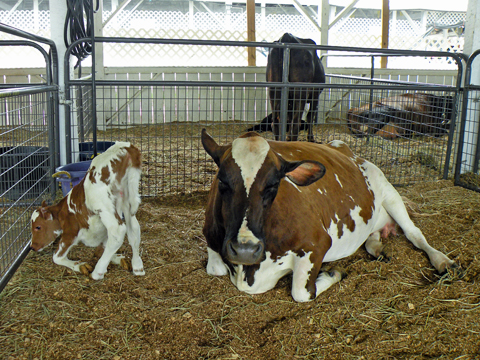