I spent Tuesday morning catching up on chores after a weekend spent mostly out of the house -- the laundry still needs folding and the living room table is still a disaster, but the sodden Renfaire clothes are all clean. After lunch I took Adam to the Woodward Relays, an invitational cross country meet, where he was reasonably happy with his own time but apparently the heat and humidity took a toll on his school's results overall; after I dropped him off, I went to AC Moore to get thicker ribbon to replace the satin ribbon that came with my new bodice (and unties very easily) and Target to get household stuff.

We put on the Democratic convention for a little while, but though I agreed with most of what was being said, I just couldn't get in the mood to listen to the rhetoric and the Quebec election results were depressing me. So we turned that off and put on the Nationals game, but we were only half-paying attention (they won, and the Orioles won too meaning they are now tied for first with the Yankees which is awesome). So we put on Ghostbusters II on cable, and it was just as ridiculous as ever but I was in the mood for ridiculous. Here are some photos from the Maryland Renaissance Festival on Sunday: 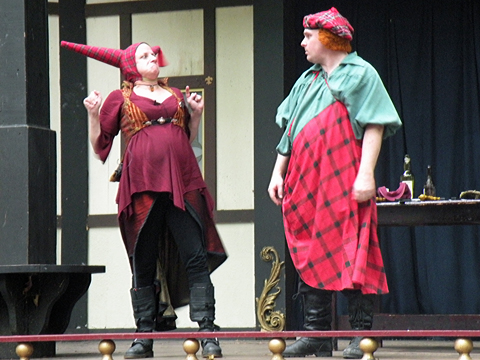