I didn't have a very eventful Thursday. Folded laundry, watched the first X-Files movie because we realized we didn't have it recorded and I hadn't seen it in forever, uploaded thousands of pictures which only got me through the beginning of 2005. The bunnies seem to be readying themselves for winter -- I haven't seen them in the past couple of days, not sure if I was walking too early or too late -- but the deer family with five fawns was right in our yard.

It was a complicated TV evening, switching between the DNC -- Obama is still the best public speaker on the planet -- and the Nationals and Orioles games, the former of which involved more fighting than baseball and the latter of which had major playoff implications -- and the Orioles hit three home runs in the eighth and are once again tied for first! Here are some photos from the Maryland Renaissance Festival, the less rainy of our two Faires last weekend: 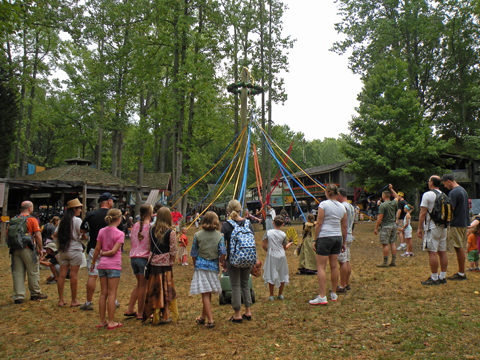