Sunday was a gorgeous, glorious day, cool with big puffy clouds interspersed with fall sunshine. Adam was working at a neighbor's in the morning, so I worked on photo stuff; in addition to the endless Flickr upload, I have a Shutterfly free book coupon that expires Wednesday. After lunch we picked up one of Adam's friends and went to Huntley Meadows, which is much more a meadow than a wetlands these days -- we were told the beavers are not using their dam there but have moved downstream, we're having a very dry late summer and none of the egrets and geese were present, though there was enough water for a wide variety of turtles, several frogs, three snakes, and lots of songbirds and insects: 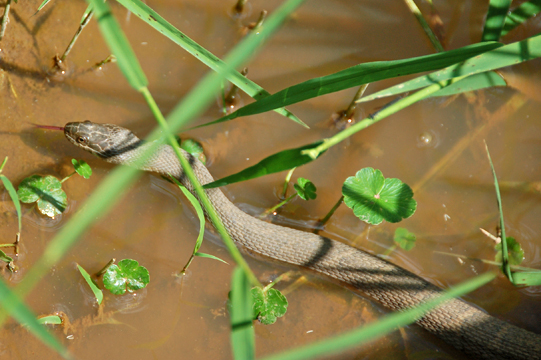 Hopefully you can see the beaver dam overtaking the bench in the last photo. Some day, I imagine, LiveJournal's Scrapbook will work correctly for an entire week at a time, but this is not the week; last night it wouldn't display half my images and tonight it won't even upload them. So here's hoping you can see those. It was an up and down sports day for us: the Redskins beat the Saints, Serena Williams won the US Open, but the Nationals and the Orioles both lost (the Ravens don't play till Monday night). We followed the Redskins via mobile while we were out hiking, then in the car on the radio; in the evening we watched Denver's hard-fought victory over Pittsburgh.
Collapse