Tuesday was a mostly quiet working day for me -- articles, photos, enjoying glorious weather which was actually chilly in the morning and was magnificent by afternoon, when I saw the deer family with three fawns traipsing through the woods into the yard of a family whose fence was knocked down in the July storms, leaving their succulents accessible to hungry animals. The bunnies seem to be preparing for winter as they have not been much in evidence, but I still have many photos of them from the summer: 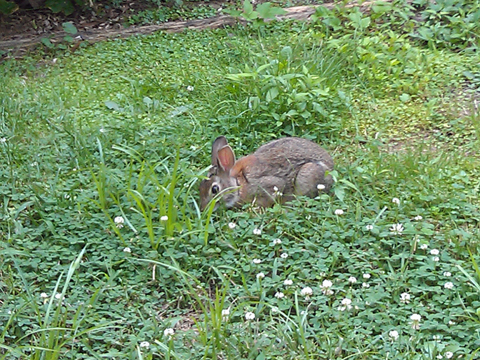 Adam got back at dinnertime from a cross country meet at which he wasn't thrilled with either his own time or his school's performance overall. The Nationals beat the Mets by two and the Orioles beat Tampa Bay by seven, so that aspect of the day in sports was good. When the games were over, we watched Planet Earth's "Jungles" episode on BBC America. Now we have cats thundering all over the house due to the menace posed by the moths outside.
Collapse