I had a fairly quiet Friday. I had a bunch of work to do, the most time-constrained of which was to post a review of Deep Space Nine's terrific Kira episode "Second Skin". The weather was once again beautiful, the bunnies were once again outside while I was walking, so things were relatively calm as long as I avoided watching the news or reading Facebook.

Adam got home late after a cross country practice that ended at Robek's for fruit smoothies, then we went to my parents' for dinner. Evening entertainment has mostly involved uploading photos while watching the Nationals blow it and now watching the Orioles struggle against the As. Some more photos of animals at Huntley Meadows: 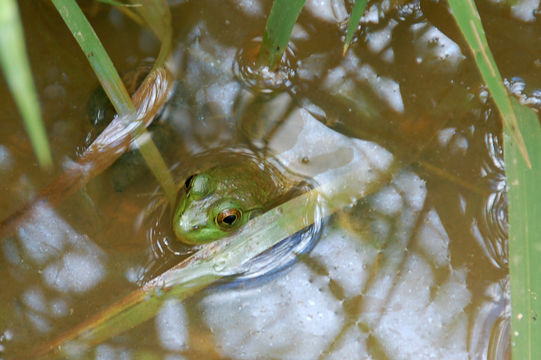