Our plan for Saturday was to pick Daniel up from College Park in the afternoon so he could be home for Rosh Hashanah dinner on Sunday, but since Maryland was playing UConn in the afternoon, we knew we needed to avoid the football traffic. So we went to the Patuxent Research Refuge, which was having a Harvest Honey Festival with bees and candle-making, where we also walked around to see the amphibians and birds (sadly the beavers were not in evidence). Then we went to Savage, which has both an 1869 iron train bridge over the river and the ruins of an 1822 cotton mill. 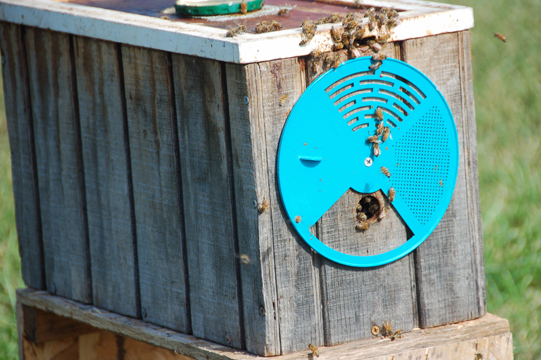 We picked up Daniel in the late afternoon, picked up pizza on the way home, and had dinner while Adam went out with his girlfriend and another couple for Indian food. Those of us in the house watched Doctor Who (which bored me -- Amy blurting in monotone lines that Rose or Martha would have delivered with emotional nuance and Donna with real anger, while Eleven tried and failed to reach Ten's level of pathos from "The Waters of Mars," in a predictable story that felt ripped from the original Battlestar Galactica). Then we watched the Relic Hunter Crazy Feminist Goddess Worship episode, which was good for a laugh!
Collapse