Sunday felt like fall, with temperatures that never broke 70 degrees and that crisp leafy smell in the air. We spent the morning doing chores while Adam had his first day for the semester working at Hebrew school, then picked him up and took him to get his bike pedals repaired. He had a lot of homework to do, so afterward we took him home, then went to Great Falls to walk by the canal and enjoy the weather. It was not a good afternoon for the Redskins so it's just as well we spent little time watching the game...it was not a good afternoon for my teams in general, though the only news that really upset me was that the panda cub at the National Zoo had died. 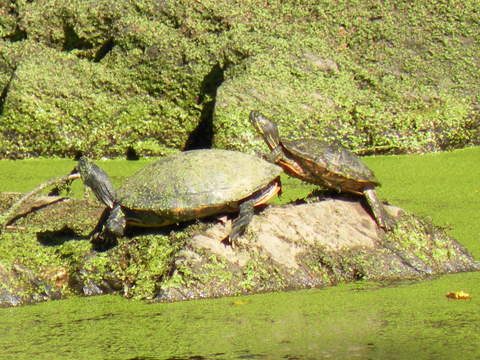 Rather than stress about the Ravens game, we watched the Emmys, which felt very unremarkable to me, maybe because I didn't care who won. I thought Kimmel was pretty dreadful -- the guests were the only good part -- and though Julianne Moore was terrific in Game Change, and I am sure I am the only person on LiveJournal who was rooting for Clive Owen over Benedict Cumberbatch in a category I was sure Kevin Costner would win, I couldn't have cared whether it was Modern Family again or whether Mad Men got some more excessive hype. The highlight for me was the Stewart-Colbert-Fallon "feud" and Stewart's dropping the F-bomb afterward.
Collapse