We spent Yom Kippur morning at the National Zoo, which despite sad news last week has a lot of babies this season: we saw the cheetah cubs and fisher cat kittens, and we went to the newly relaunched Meet a Kiwi program, where they're still getting four-year-old Koa used to having strangers around so it's very small groups with no small children at present -- a nice change from the last time when kids were bouncing around and the conversation was mostly at a level targeted toward them (today we got to ask as many questions as we wanted). We also walked the Asia Trail and North American Trail, the latter of which has been renovated with more room for the sea lions. It would have been a very nice morning had I not been stung by a bee while we ate lunch.

I expected the zoo feel more mournful than it did -- there are no public memorials to the baby panda, I think because the zoo is aware that so many small children don't know that it died -- I can't tell you how many parents we walked by telling their children that the panda house was closed because the mommy and baby need to rest. I am not sure how I feel about this; no, you don't want to completely ruin the day at the zoo that you planned for a long time, especially if you traveled to get there, but I'm wondering how many of these parents are assuming their children will forget all about the baby in a month rather than planning to tell them the truth in a couple of days. 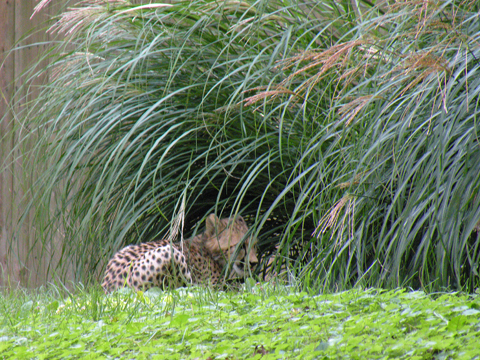 We came home so Adam could go running with the cross country team -- he was put on the team for an invitational race this weekend in North Carolina, so he is training hard -- then we drove out to College Park to pick up Daniel so we could go out to dinner for his birthday. He had classes till 6 p.m. and has early classes tomorrow morning, so we couldn't spend a great deal of time there, but we went to IHOP and caught up on the latest computer gaming news -- we will see him again this weekend when we have out of town friends around, and his present has not yet arrived from Amazon.com, so we will continue the celebrations when he has more time! Orioles and Nationals both won, and we liked Downton Abbey S3E2, but it can't beat the Trek guest on The Daily Show.
Collapse