LiveJournal's wonderful new scrapbook just deleted my entire zoo album while I was trying to delete a single image from it, so after reloading all the images and fixing a mere two of the very many entries affected, I am way behind on everything. So, quickly: woke up early, called for 11 a.m. doctor appointment, learned that indeed my bee sting is infected, got antibiotics (and my flu shot while I was there). Came home in torrential rain that made the roads nearly impassable to eat lunch, got a text message from CVS that my prescription was ready, waited half an hour in line to pick it up.

Did some work, got properly dressed, went out to meet

wolfshark and friends at the mall for dinner. Talked fannish stuff and various crazy people we have known, stopped in one store, came home, waved to son and his friend, watched this week's Downton Abbey which had one quite moving storyline and one total soap opera contrivance. Cropped the photos below and tried to delete an earlier photo since the wonderful new scrapbook won't let us rearrange photos once they're uploaded, lost the entire album, screamed. So have some of the National Zoo's great cats, at great cost! 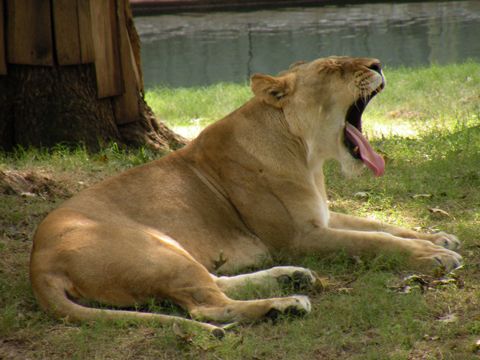