Monday was uneventful, mostly involving work, laundry, photo uploading, a pharmacy stop, and driving Adam and a friend home in a rainstorm. The rain appeared to stop long enough for me to take a walk, but it started pouring just as I emerged from the woods (even the bunny was racing into the brush to get under cover), so I managed to get drenched. My cats, at least, love how I smell when I come home like a wet dog.

We watched this week's Downton Abbey, which smelled like rotting fish when it started, then went leaping over the shark so dramatically that I'm not sure I'll keep watching -- I'll give it another week, but I'm wishing this was one of those shows that got canceled before its time so I could remember it fondly. It's rare that I prefer Monday Night Football to period drama! From A Paca Fun Farm on Saturday: 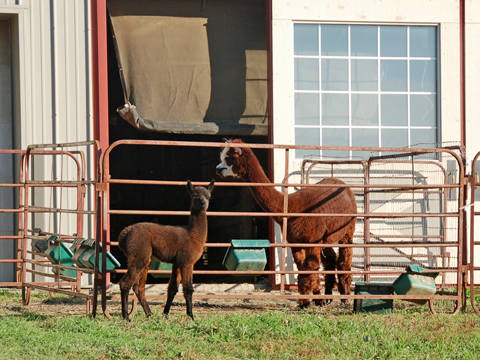