My Friday did not go as originally planned due to the unpredictability of weather. I had a doctor's appointment in the morning that ran later than I expected, as did Adam's cross country practice before the county meet on Saturday. It had stopped raining by the time we got home, but it was still pretty drippy, so Paul and his parents decided that this was not the best day to go hiking on South Mountain and postponed it. Instead he worked from home, I took my time finishing my review of DS9's terrible "Fascination", and when Adam was back from the team spaghetti lunch and Daniel had finished his homework, we went out to get haircuts.

Adam went with Maddy, Maddy's younger brother, and the brother's friend to the homecoming football game at our high school (which the home team won 14-0, woohoo). Meanwhile the rest of us went to dinner at my parents' house, watched most of the rerun of Obama on The Daily Show, then came home and watched the season premiere of Nikita, which is awfully convoluted at the moment but what the hell, there's a woman in the White House and Nikita and Alex are working together again (though I will predict right now that I bet Nikita's supposedly dead boyfriend will be back very, very soon). Daniel had paid to download the Stewart-O'Reilly rumble, so we watched that afterward -- Stewart was really brilliant, he came off much better than Romney and Obama both. 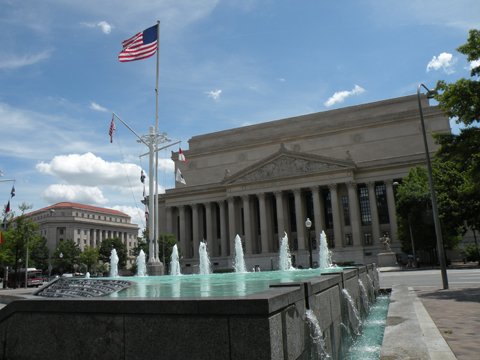