Thursday was entirely about work and chores and a bit of fixing some old jewelry with new wires. I have tracked down a copy of every calendar I've made with photos except 2003, which has been missing since, well, 2003 (and I can't print a new one because Shutterfly no longer uses that template), and my winter clothes are at the front of my closet, minus the black velvet miniskirt that I haven't worn in a decade and the gray blazer with shoulder pads that oh let's not even think about it. So I have pretty much nothing exciting to report.

Evening TV started with "Destiny," the DS9 episode I'm reviewing this week, a very appropriate one since it's one where the parallels between Bajor and Israel are quite obvious. Then it was Beauty and the Beast, which I would like so much better if the detectives could investigate things other than murders on a regular basis, particularly since afterward is Elementary which continues to have great acting but so many mass murderers and serial killers that it's still really not my kind of show. Some photos from the Longwood Gardens chrysanthemum show: 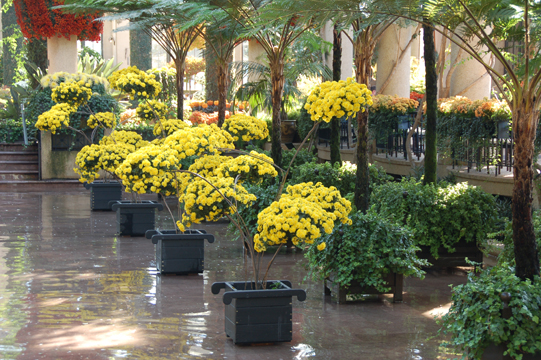