My Monday was not very eventful, in part because I was up very late with a sick cat who has been out of sorts all day long -- she's drinking water but she's eaten almost nothing and she slept nearly all day. If she's still sick in the morning, I'm going to call the vet, but I'm worried they'll be busy with Thanksgiving coming up, so I'm hoping it's just a bug -- she has done this a few times before and been fine a couple of days later. I could not handle any news today besides the University of Maryland leaving the ACC for the Big Ten, which was a huge topic locally anyway.

We had dinner at the Silver Diner because Adam's girlfriend was working there for a fundraiser for the high school crew team -- I had eggs benedict with home fries, one of my favorite meals at any time of day. Then we watched the Phantom of the Opera concert at the Royal Albert Hall, which PBS was showing for its pledge drive; I'd never seen the finale with all the Phantoms (Colm Wilkinson, whom I saw on my honeymoon in Toronto, will always be my favorite, though I adored Michael Crawford when we saw him in New York). This is what's been happening to our jack-o-lantern since Halloween: 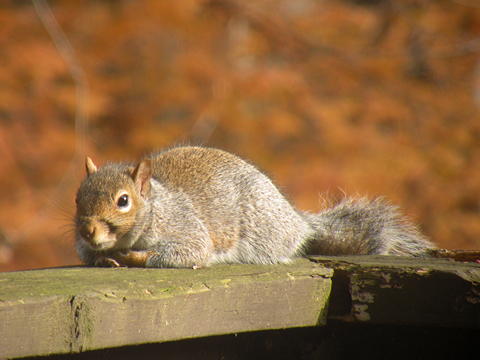