Wednesday for me was all about family stuff. Rosie is still sick in ways too disgusting to describe here but let's just say I spent a lot of time washing the cat, the bathroom floor, and myself. She is eating a bit more, but she's still not herself, so we are worried. Paul worked from home so that after lunch we could pick up older son from College Park; while we were doing that, my father got a gash in his hand in a parking lot accident and ended up in the emergency room, so my parents did not have a great day either. I finished my DS9 review for Friday so I don't have to work during the holiday.

Older son, at least, is happy with Google Ingress and wanted to watch The Avengers which we have acquired on DVD since he was last home; younger son stayed after school to work on tech for the fall show and is running a 10K tomorrow so we had pasta for dinner (with peanut sauce, mmmmmm). Now we are watching the final episode of Relic Hunter, which I never saw when it aired, and Rosie is fast asleep in one of the cat beds, so hopefully she will wake up feeling better. Here are some photos of Brookside Gardens' glorious autumn outdoors last weekend: 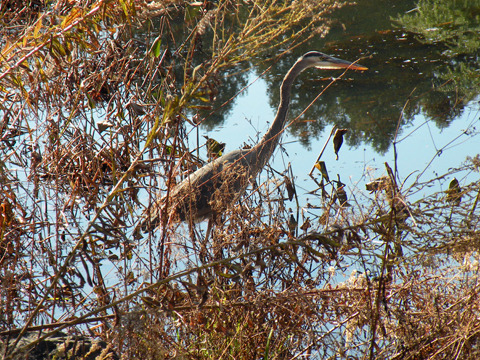 Have a very happy Thanksgiving if you are celebrating and let's all hope the Middle East cease-fire holds.
Collapse