We slept as late as the cats would permit to recover from our food comas -- which was not very late at all, though at least Rosie's appetite is returning -- but since Paul and I both had work to do on Friday morning, that wasn't really a bad thing. Have a review of Deep Space Nine's "Prophet Motive", though I forgot to post the finished article till after dinner. After lunch, we went to the movies with most of my extended family (my sister and her youngest daughter stayed back). My father and Daniel went to see Skyfall, which ended up being interrupted in the middle for twenty minutes because someone had to be taken out of the theater on a stretcher, probably more excitement than they were expecting from the film.

The rest of us went to see Lincoln, which I loved. It's a bit pedantic especially at the beginning, though I did wonder how many people needed the historical background because they didn't get the kind of public school education our kids have been lucky enough to have, and despite being talky it's never boring thanks to surprisingly un-showy cinematography and the phenomenal cast (Day-Lewis, Field, Jones, Strathairn, a nearly unrecognizable terrific Spader, a delightful turn by Pace whom I hadn't known was in the movie, and many other wonderful performers). There are interesting parallels to this election season, with corruption obvious among members of both parties, and quite a bit of humor, not all of it ironic (Lincoln tells a naughty story about a Washington painting).

We went back to my parents' for a quick dinner -- my sister's family had to rush back to New York for a Bar Mitzvah tomorrow -- then came home and decided it was a good night to watch Abraham Lincoln, Vampire Hunter, which Adam said lowered his IQ just by existing but the rest of us really enjoyed despite the cracky premise and cheesy special effects. I really liked his relationship with both Joshua Speed and Mary Todd, who's usually reduced to near-incoherent hysteria over her family tragedies, even by Spielberg; Bekmambetov's Mary actually has a Buffy the Vampire Slayer moment that I love. Here are some photos from Scott's Run several weeks ago, pre-hurricane, the last time Daniel was home: 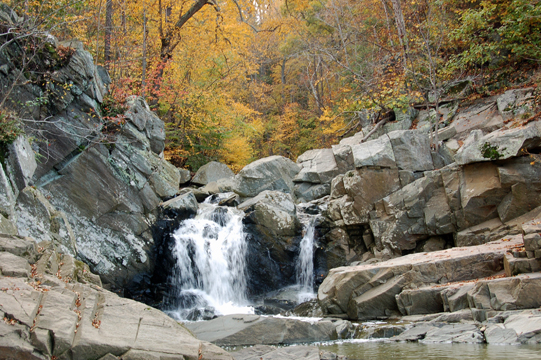 In the past five minutes I've come across several reports that Larry Hagman has died. I loved Dallas for many years of my youth and have been enjoying the reboot. I know he fought with cancer for a long time. RIP.
Collapse