Having not spent a single cent shopping over the weekend, not even online, I figured it was safe on Monday to venture out to a mall to see whether they had jeans and t-shirts still on sale (they did, but not in my size). So I told my mother to come meet me for frozen yogurt. And apart from a few bucks on the froyo and $5.50 on vanilla perfume at Claire's, plus a few gifts from Shutterfly that could have been ordered any time but it made more sense to do when I had 40% off plus free shipping, I spent no money during the giant shopping orgy of the weekend. Oh, and I won a Samsung Galaxy t-shirt at a mall kiosk while I was waiting for Mom -- all I had to do was play with their new phones and tablets. Maybe next time I'll win one of those!

Otherwise my day involved laundry, cleaning up leftover Thanksgiving and sick cat mess, visiting the neighborhood deer in the woods, and chatting with my neighbor who does the awesome Halloween display as she was putting up her Christmas lawn decorations. We watched this week's Merlin, which I enjoyed because it had quite a bit of slapstick among the dark arc stuff (I saw that the BBC officially announced today that this season is the series' last, waah). Then while younger son printed out his AP World homework we watched The Girl, which was well-acted but really not an appealing story -- put me right out of the mood to see Hitchcock despite Mirren and Johansson, since Staunton and Miller, both of whom I like, didn't save The Girl for me. Some Seneca photos from last weekend: 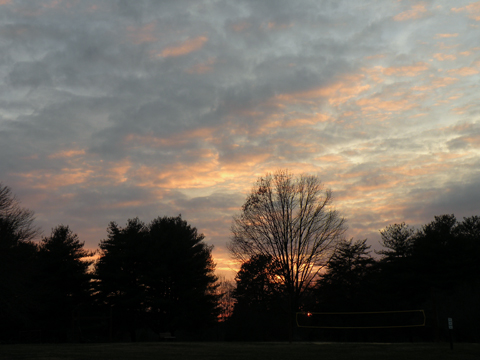