The weather on Monday was ridiculous -- 68 degrees according to my phone, though I wouldn't be surprised to learn that it hit 70. Obviously this required finding excuses to be outside, despite having work and laundry and stuff that was supposed to get done. The deer and bunnies were hiding, perhaps confused by the temperature, but the squirrels and birds were very excited, perhaps thinking spring was coming. The cats, at any rate, were very excited to have so many squirrels and birds visiting our deck.

In addition to walking, I got out to take Adam back to school after he came home to walk the neighbor's dog -- he has late tech all week -- and I went to the mall to get the camisoles I couldn't find anywhere last week on sale for $6 at Sears (I did not buy the big gator bracelet at Brighton, despite being tempted). Evening TV has been the Redskins-Giants game (YAY), followed by Jon Stewart saying he can't worry about a war on Christmas when there's a Flintstones Christmas special set millennia before the birth of Christ. Some more Countryside Artisans photos: 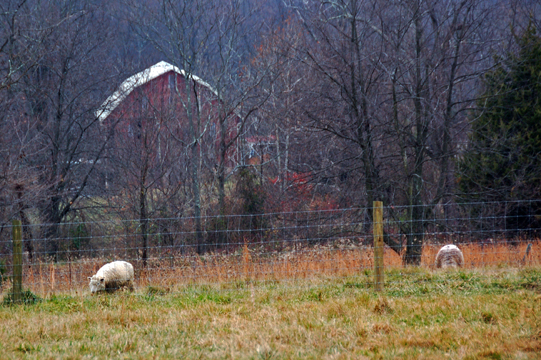