Quickie because I have both my kids home and we are watching holiday concerts (right now it's handbells, which are pretty enough, but an hour ago it was Sting from Durham Cathedral, which was amazing). I finished up my review of Deep Space Nine's "Distant Voices" in the morning, then we went to pick up Daniel in College Park; he was not quite ready to go when we arrived, so I walked to the convenience store and admired the holiday decorations. Adam arrived home with Maddy just about when we did and hung out for a while, then went back to school for the opening night of Blast.

The rest of us had dinner with my parents (Mediterranean food, yum), then came home for the winter finale -- when did those become de rigeur, anyway? -- of Nikita, which was okay but I feel like the whole show has gotten so muddied this season that when Sean showed up I couldn't even remember why he hadn't been around or what went down between him and Alex). Now we have the aforementioned music on, Adam has gone to bed, Daniel is playing new Skyrim DLC. Here are some photos from Glenview Mansion near Croydon Creek Nature Center, which we first approached because there was an Ingress portal on the grounds! 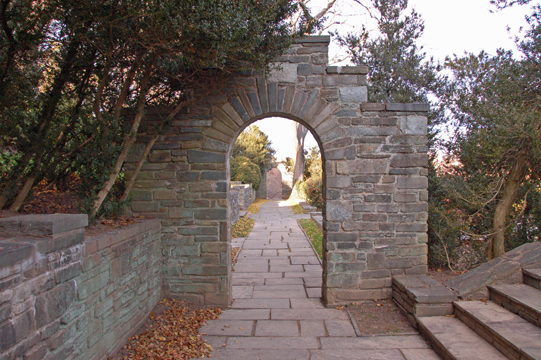