I got to spend an awesome Monday with

dementordelta, because we had decided we really needed to see Hyde Park on Hudson together and it is now open in two DC-area theaters! We went first to lunch at Cafe Deluxe in downtown Bethesda, which was less crowded with holiday shoppers than I had feared -- we managed to park in the covered lot with no trouble -- and shared pear-and-candied-walnut pizza and Gruyere mac & cheese, both of which were delicious. Then we walked past the Christmas-decorated shops and went to the movie, which I loved, though I'm not sure I would not say it was excellent; it's certainly not the caliber of The King's Speech, though the acting is all terrific and it's quite funny, not biopic-heavy. ( Collapse )

After the movie, we came back to my house, ate toffee- and chocolate-covered almonds, and watched Angels and Demons because Delta had never seen it and I hadn't watched it in ages (nor had younger son, who joined us for the end). It's pure crack even compared to Hyde Park on Hudson but no less enjoyable for that -- McGregor and Skarsgard are such fun in it. We also watched the Beavers IMAX movie, because adorable beavers, hee. After she went home, the rest of us had dinner and watched this week's Merlin which was quite good and I wish it had come before the very end of the series. Here are some photos from Great Falls earlier this month as the sun set while we walked to the island: 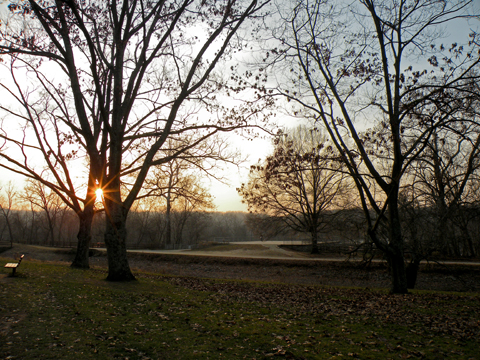