Paul worked from home in the morning so that at lunchtime we could go pick up Daniel from College Park, where the university locked all its dorms this evening for winter break. It was an overcast but pretty day, not too cold, and though there were a lot of cars in the public lots for winter commencement, we had no trouble getting in and out of the dorm pretty quickly (stopping at the convenience store so Daniel could spend his remaining Terp Bucks on snacks and drinks, since they don't carry over to next semester). When we got home I had to fold laundry -- Daniel brought two loads home with him -- and since he has seen The Hobbit and we have not, he wanted to watch the Rankin/Bass Hobbit, which we did to much snickering.

After dinner (homemade pizza) we were looking for something to watch and wound up with Transformers: Dark of the Moon, which I expected to be ridiculous crack and it is, with all the usual Michael Bay flaws (screaming women, too many explosions), but it has loads of delights I had no idea to expect: footage of JFK and the moon landing, Buzz Aldrin as himself, John Malkovich as the egotistical boss, Frances McDormand as the head of the CIA, Josh Duhamel looking pretty, the Milwaukee Art Museum looking prettier (

thistlerose and I were just talking about it the other day), plus John Turturro Hugo Weaving Patrick Dempsey, and Leonard Nimoy as Sentinel Prime! Here are some photos from the regional zoo at Maymont Park in Richmond last week: 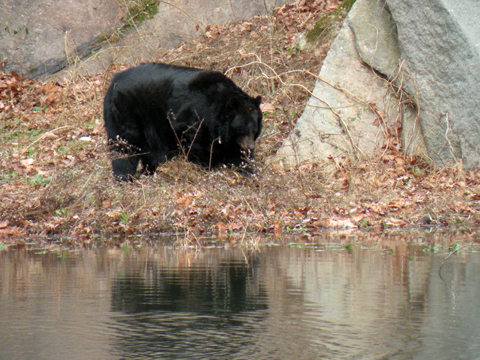