After waiting impatiently for an entire week, I finally went with my family, younger son's friend, and

dementordelta to see Les Miserables. I loved pretty much everything about it. Anyone who has read this journal for any length of time probably knows that I adore Tom Hooper, Russell Crowe, and Hugh Jackman, I like Anne Hathaway and Amanda Seyfried, and I first saw Les Miz at the Kennedy Center in its pre-Broadway run with the Colm Wilkinson-Frances Ruffelle cast, so the movie would have had to be godawful for me to have anything bad to say about it, but parts of it were even better than I expected. ( Collapse )

When we got home, we brought in pizza, the Delta and I decided we needed a happy Russell Crowe movie so we watched Master & Commander: The Far Side of the World, a movie that I will always adore. When eventually Delta had to leave, my family wasn't particularly in the mood for the Clemson-LSU game since they were playing in the the Chick-fil-A bowl, so we put on the goofy steampunk Three Musketeers in which Orlando Bloom and Milla Jovovich as the villains are vastly more entertaining than any of the boring, annoying good guys. Then it was Dick Clark, excuse me, Ryan Seacrest time. Here are some photos of lights at Longwood Gardens from Sunday -- happy new year! 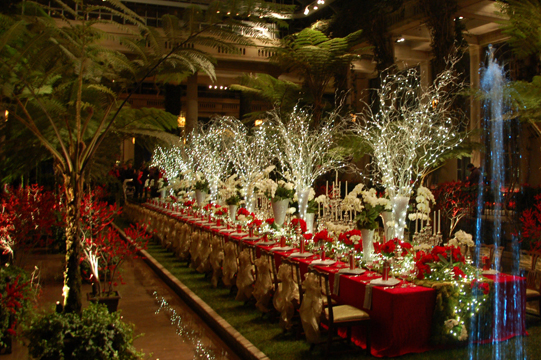