Adam had his last final of the semester on Wednesday and had no early test, so I drove him to school around 9:30 a.m., then picked up him and Maddy and took them to California Tortilla for lunch. Daniel went to lunch with my father and played Wii bowling with him. The rest of my afternoon was about chores, fighting with a computer sync program, and trying to figure out exactly who stands where on gun control.

We had ravioli soup for dinner and watched the new episode of Arrow, though we missed so many at the start of the season that I'm having trouble getting into it (or maybe that would have happened anyway, heh). Then we watched Nashville, which I really like -- fine, it's a soap opera, but it's well acted by all the lead women and I enjoy the music. Some photos from icy Mason Neck the weekend before last, including another blurry long distance picture of a pair of nesting eagles: 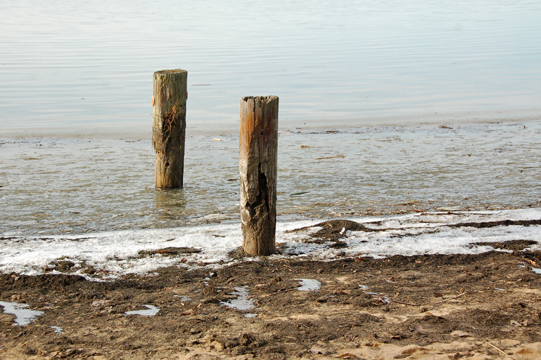