I spent most of the day doing chores too tedious to describe -- I didn't even have time to play with my new camera, because I wanted to clear off the shelf where I intend to keep it and doing that made it clear that I needed to clean up other things first. Evening TV involved Arrow, which I liked mostly because John Barrowman was on, Supernatural, which I watched because of the Renfaire preview, and Nashville, which I always like for the music and soap opera complications.

When I posted the cemetery photos yesterday I said I would post more photos from the Beall-Dawson House. The park in which the house is located is also home to the Stonestreet Museum of 19th Century Medicine, a one-room doctor's office was built in 1850 for Dr. Edward Elisha Stonestreet, where he worked for over 50 years, though it was originally located on East Montgomery Avenue. Here are photos from several exhibits at the park: 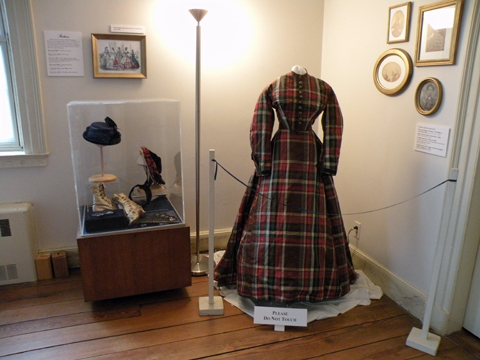