A blessed Imbolc/Candlemas/Feast of Brigid/Groundhog Day! We got a bit of snow in the morning of the first day of February, but it wasn't enough to delay school. I spent my morning trying to finish a review of Deep Space Nine's third season finale, "The Adversary", while Paul worked from home so that after lunch we could go pick up Daniel in College Park since he wants to come to my friend's Super Bowl party on Sunday. Adam went for a bike ride after school and found out that three of his photos won honors in the Scholastic arts competition, including one top prize.

We had dinner with my parents, came home to watch Nikita, then Adam went to bed and the rest of us watched this week's two episodes of Shakespeare Uncovered, Derek Jacobi on Richard II and Jeremy Irons on the three Henry plays that follow. I have had a hard time taking Jacobi seriously since I found out that he was an Oxfordian, which he went on about in his segment (I wanted him to show up again when Irons was pointing out that large segments of Henry V were plagiarized from Holinshed so Jacobi could explain why the great and powerful Oxford did THAT). Some pics of flowers from the US Botanic Garden last month: 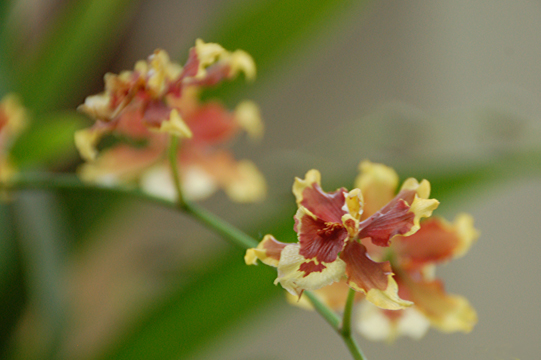