For reasons I don't understand, I am far more likely to get a migraine when there's a snowstorm coming than when there's a rainstorm coming, even if there are massive weather fronts involved in the latter while we're only supposed to get an inch or so from the former (sorry, New England). So I have had a blinding headache this evening and will keep this short. My major expedition of the day was a trip to CVS, during which I realized that my house key was not on my keychain and had to get Paul to let me back in the house, so perhaps my brain was clouded even earlier.

In happy news, the National Zoo's research institute has a pair of clouded leopard cubs and a kiwi chick born in the past couple of days and Les Mis fandom is awesome. I had to watch a DS9 two-parter for review, and evening TV -- Beauty and the Beast and Elementary -- was quite satisfying though there are still too many damsels in distress on the latter (these days as long as there aren't too many corpses, I'm happy), whereas Catherine on the former makes me happy in pretty much every way, far more than the original did. Since I am headachy, have a few happy local squirrel photos: 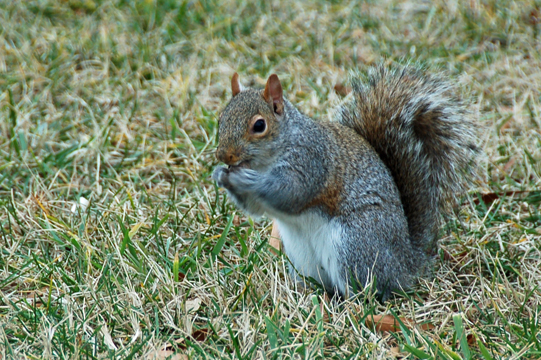