I'm watching the Tempest episode of Shakespeare Uncovered, hence the lines du jour and hence this will be brief. I didn't have a very exciting day anyway; the snowstorm now hammering the north missed us entirely except for some wind, rain, and a bit of sleet that didn't stick around since it was relatively warm. I wasn't out much, just for chores and to pick up son from school in the drizzle, then later for dinner with my parents -- it would have been my mother's father's 112th birthday.

I did post a review of Deep Space Nine's "The Way of the Warrior" and get some other writing done. In the evening we watched this week's Nikita (better than the previous one), then the last two episodes of Shakespeare Uncovered, the first of which was David Tennant and Jude Law talking about Hamlet with clips from Olivier, Jacobi and Gibson (whose performance actually holds up decently). Here are a few last photos from Meadowside Nature Center last month: 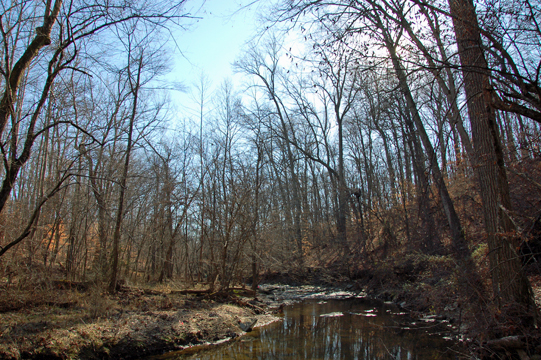